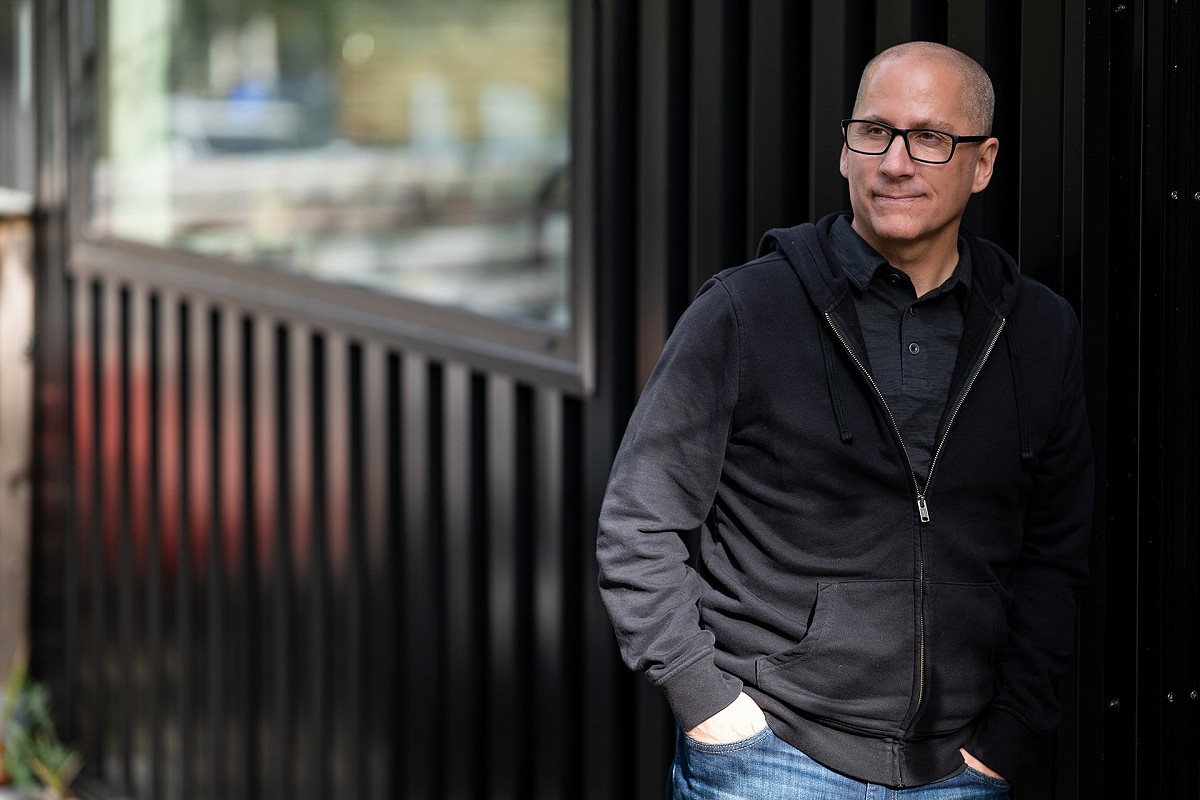 From the outside it looked like I was on top of the world: big cities, great jobs, and good friends – I was living life in the fast lane.

In reality, I was living a double life and the glamour quickly wore off.  My life was a mess and it was only a matter of time before the bottom would fall out.

Chasing successful careers fueled by high-octane drug and alcohol use, I was eventually faced with a choice: sober up enough to have my next drink and line of cocaine and continue the path of self-destruction, or get sober, seize life — and reinvent.

Like many people struggling with problematic substance use, I grew up around social events where copious amounts of alcohol was the norm.

At the age of ten, I remember “tending bar” for a party my parents had. It was fun and people were paying attention to me! I couldn’t wait to grow up and be an adult like my parents and their friends.

I had my first taste of alcohol that same year.

At 12 years old I was sexually assaulted for the first time — with four more years of sexual exploitation to follow. Nobody knew about any of it and this is when I closed myself off from the world. That part of my life was a curve ball and affected many areas of my life moving forward.

I began smoking marijuana and cigarettes at 12 and within four years, at 16, I was using cocaine and hallucinogens. At 19 I was in full-blown party mode. In my early twenties I met an old high-school friend in Victoria. We went out for drinks and did some cocaine. He told me he was dealing cocaine in Vancouver while holding down a full-time job. He said he was looking for another roommate for the five bedroom house he was renting. The "cocaine-alarm bells" went off and of course I said to myself, "this was a perfect arrangement for me to be living with a cocaine dealer" and before I knew it I was living in Vancouver. Six months later I'd gone from 150lbs to 132lbs and looked in the mirror one morning and said. "what the F$%&! are you doing?" I left but not after stealing a bunch of money. More about the money in another blog post!

During my mid twenties life seemed to stabilize. I had a wake-up moment and got my life together. I manifested a new reality for myself with regard to work, career, love-life etc. I was a tour-guide for a period of time back in Ontario and Quebec. I then met a woman in Vancouver who had a small accessories company that I helped grow in to a more well known enterprise across North America.

While in the accessories business I was drinking excessively and while it may have seemed to some that things were going well, behind the scenes I was not always pleasant to be around. That relationship ended after just over four years.

I then got involved in an internet start-up in Vancouver where there was a fair bit of drinking going on so it was a perfect environment for me to be in — which didn't last for long! In 2001, after several years of not touching cocaine I was having drinks with clients when they asked if I knew where to get some cocaine. My immediate reply was “No.” Then after a minute of pondering I said “Actually, I think I do.” I made a call and within an hour we were ready to roll.

Within three months I had burned through all my money and stopped going to work. I spiralled. Colleagues showed up at my door and I simply didn't answer. I had started talking to my sister about my drinking and cocaine use. She and her partner reached out and asked if I wanted to come to Victoria and live with them while I sought help. After six months of debating with myself — I said yes!

In 2002, after selling everything, I left Vancouver and headed for Victoria to live with my sister and her partner. As I walked onto the ferry that day I knew my life was about to change, but I had no idea how.

I got myself into an outpatient treatment program and eventually a residential treatment program and for the next ten months was working with a counselor and attending hundreds of support groups in Victoria. I felt I had done all the work I needed to do and couldn’t wait to get back to Vancouver and get ‘life going again’. So in December 2002 I headed back to Vancouver.

Anything and everything to do with recovery stopped the day I left Victoria.

Once in Vancouver a friend helped me get things back on track. Another friend offered me an amazing great job in her advertising firm and within seven months I had relapsed and again I burned through all my money and spiralled. And lost my job of course. I hurt a lot of people in Vancouver and regret to this day the chaos I caused.

What I didn’t know when I left Victoria in 2002, was that I was beginning a mental relapse and it was only a matter of time before I would start drinking or using drugs again — without appropriate supports in place.

Another six months of relapse and actively using drugs and alcohol brought me to my wall, and I realized I wanted a different life. I wanted sobriety.

I got back on that ferry to Victoria, began counseling, support groups and eventually, another attempt at in-patient treatment at Homewood Health Centre in Guelph I was abstinent for another seven months until my short and final relapse in 2004.

Looking back on the person I was in so many of my stories, I had a very different mindset. I didn’t drink socially: I drank to get drunk.

Initially, drugs made me feel euphoric and confident, but by the end I felt paranoid, lonely and audacious and inconsiderate towards the people I cared about most.

So I took the leap of faith and started the path of least resistance. Within no time I was experiencing ‘success’ again, but this time I was sober.

It was 2007, I was running a successful business out of my home but I was lonely and isolated from the world. I hadn’t been to any type of support group or counselling session in about two years and I was miserable.

Despite the relief of being sober and taking back my life there was something (or many things - as I would later come to understand) missing in my recovery.

I wanted to be part of a group setting, but I didn’t align with some aspects of what local support groups were offering.

So I did something about it.

In 2007 I had been following a group called LifeRing Secular Recovery out of California. I liked their values, their individualized approached to one's change-process and decided to reach out to them to see how I could start a group here in Victoria.

On January 30, 2008 I was facilitating the first ever LifeRing group in Victoria.

Within five years we launched 16 groups, collaborated with The University of Victoria Department Of Psychology to develop a facilitator-training program and a comprehensive research project studying LifeRing participants.

The importance of offering a choice in how people approach their recovery was not lost on me as countless people expressed their interest and gratitude for another recovery option that helped them build community and reach their sobriety goals. Many people attending LifeRing were augmenting their use of Alcoholics Anonymous and the same with some people attending LifeRing — they found people they aligned with in Alcoholics Anonymous and started attending some of those groups together. In the end it doesn't really matter how someone changes — as long as people find what works for them — who really cares! As of 2016 there is now SMART Recovery in Victoria as well!

Recovery is complex — as complex as we are human and there is no single recovery solution that works for everyone. I knew this in my heart, which is what inspired me to bring LifeRing to Victoria, but more importantly – I was amazed by the power that the right support had in changing people’s lives.

This is what lit my fire for Recovery Coaching!

That's me above in the grey shirt, leading a recovery session in 2017.

I began to understand that we are all capable of changing our lives, but in order to do so we had to change significant parts of our world (both internal and external) and that with the right support to guide us into knowing what we need and how to make it a reality – everything is possible!

I knew in the core of my bones that real change sometimes requires ‘out-of-the- box’ thinking and that not everyone needs counseling, treatment or support groups. That, ultimately, all a person needed was to know was that it was time, their time, for freedom.

I am Michael. I will mostly likely do this work for the rest of my life. Why? Because I am good at it and I care about your wellbeing and success.

If you are reading this because you are trying to help someone in your life then read this!

Getting started with a Sober Coach and Interventionist

I’m a Certified and Credentialed Addiction Recovery Coach & Interventist with extensive knowledge in the field of substance use disorders. I’ve been trained by some of the best in the field and continue to remain active in various recovery communities both in Canada, and internationally.

If you’re looking for help to stop drinking, help to moderate drinking, or support in dealing with a substance use concern of any kind, please feel free to reach out to me. I offer one-on-one recovery coaching, family support, and drug and alcohol intervention services.

I offer a no-charge consult call to anyone who has questions about their own substance use, or the substance use of a family member. These calls are completely confidential with no pressure to make a decision before you feel entirely ready.

And if you’re still wondering, “do I have a drinking problem?”, please check out this blog post, where you’ll find helpful steps for evaluating the role that alcohol plays in your life. If you want to know more about how to help someone with a substance use concern please read my article about deploying the CRAFT Model of Addiction.

I’d also like to invite you to read more about my personal story here.

If you’re ready to explore the potential of working together, I’d love to chat. Michael is based in Victoria British Columbia Canada and as of June 26, 2022 the other Recovery Coaches on the team are based in Nanaimo, Vancouver, Calgary, Edmonton, Toronto, Montreal and Halifax. Because we all work virtually — we can work with anyone no matter what city, province or country around the world. We have clients in Seattle, Los Angeles, Dallas, Miami, New York City, Denver, Nashville, Berlin, Tel Aviv, London, Singapore and Australia. 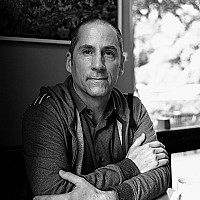 When I say I’ve been there, I mean it. I am a different person now, and I am fired up about helping other people get to the place where they, too, are living better, healthier, and bigger lives.

Sign up for periodic Recovery Coaching tools and updates delivered to your inbox.